I always try to avoid wasting food.  We have a veg box once a fortnight and I base most of our  meals around it.  I’ve got better at planning ahead and cooking double amounts and then freezing for a later date.

None of this stops me having the odd cooking disaster though.  A couple of weeks ago we had a cauliflower in the veg box.  Cauliflower is one of those vegetables I never quite know what to do with.  If Bee is home I make her cauliflower cheese.  On its own, it can be a bit anaemic.  So I rummaged around for a recipe and found one.  Basically, it was cauliflower cooked with pine nuts and raisins and then mixed with pasta…..hmmm.  OH liked it, but it just wasn’t my thing.  I had so much of the stuff, I had two boxes of it in the freezer.

I did think about binning it, but then had the idea of tarting it up a bit to make it edible.  Tonight’s tea was due to be a meat curry which I made earlier in the week.  I took one of the boxes out of the freezer and added three very ripe tomatoesl, a teaspoon of curry powder and some warm water and heated it through. 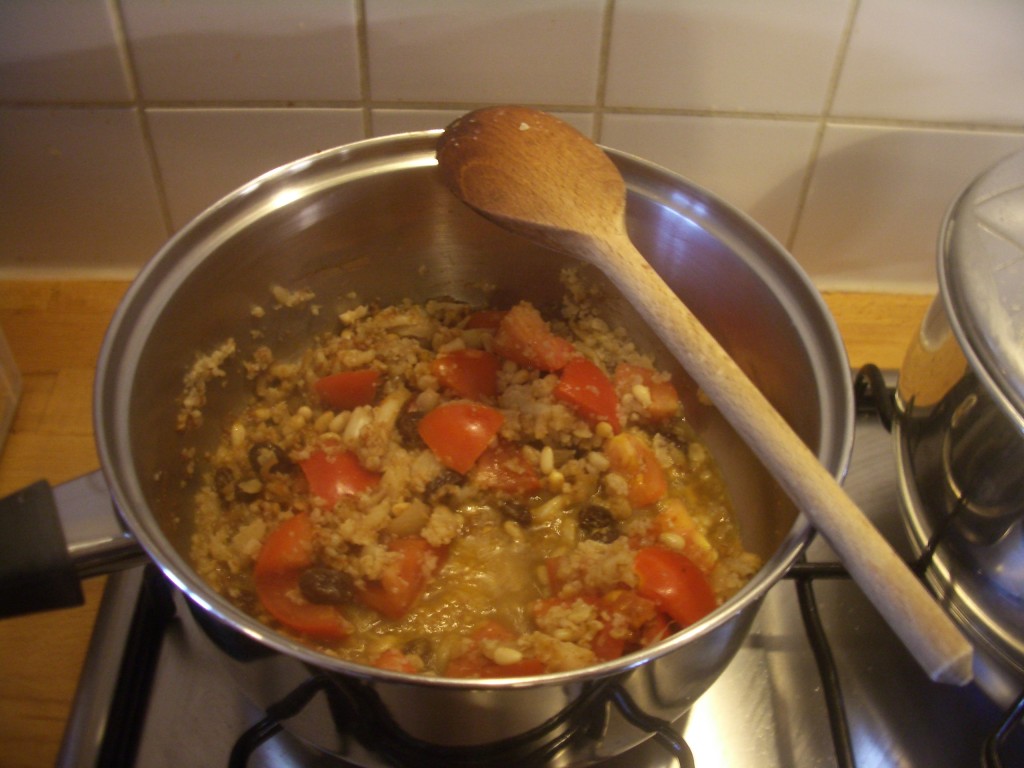 We had it with our meat curry and some rice, and although I say it myself, it was completely transformed and very tasty.  Now I wonder what I can do with the other box?

What dishes have you been able to rescue, and how did you do it?