It’s that time of year again where everything is coming in all at once.  My mini greenhouse and three raised beds have done very well.  I experimented with several different varieties of tomatoes and it has been great fun to find yellow, orange and purple tomatoes in the greenhouse as well as red ones. 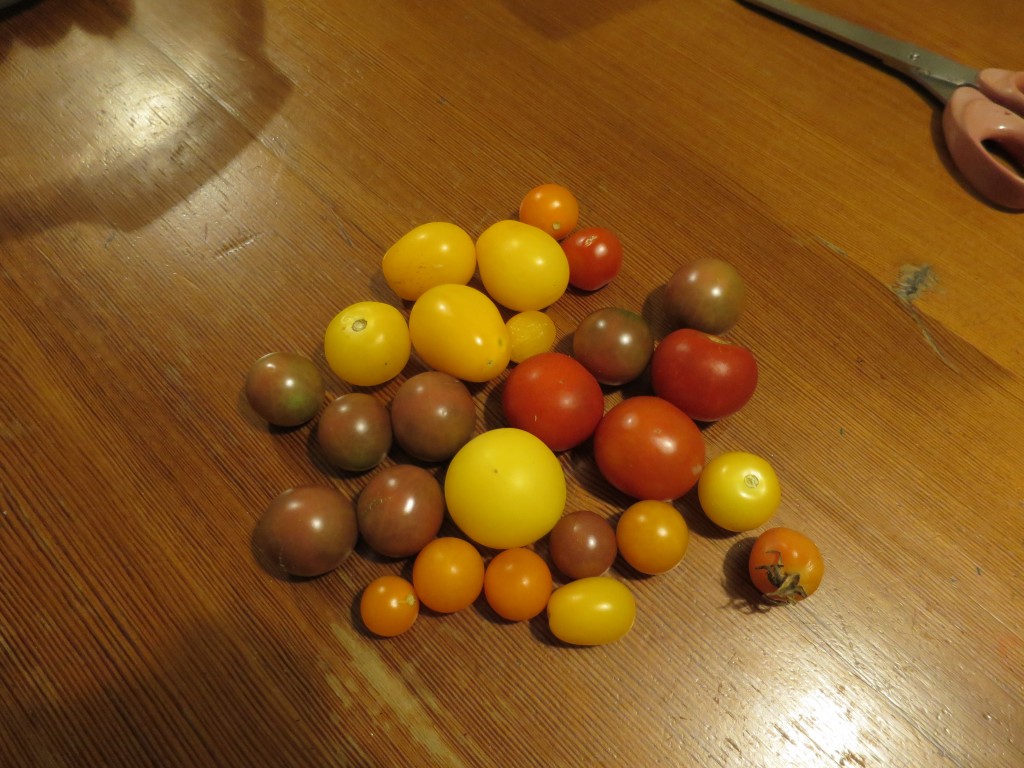 The cucumbers were also a success.  I grew little ones and they were very tasty.  We’ve had loads of runner beans too.  The only things which didn’t do well were the courgettes.  I didn’t get a single one and I think it is because I grew them in full sunlight.  I will have to think about where I can put them next year.

We’ve had a good crop of plums and I’ve made some jam and am going to bottle the remainder.  I picked some sloes yesterday and need to get on with making some sloe gin for Christmas.  I’ve put a load of blackberries in the freezer ready to make jam later on when I have some spare time.

I would like to try and grow a bit more next year and put some more veg beds in and sort some fruit out.  I’ve got a couple of blackcurrant bushes which aren’t in a very good place, and the rhubarb I thought was dead has come back to life, but needs moving too.

How did your growing go this year?