I’ve had a pretty manic couple of months, but am slowly getting back to normal and finding time to do the things I enjoy.

I had a bit of a clear out in the freezer the other day and found some gooseberrieswhich my friend, Piglet, gave me in the summer.  I pulled them out and made some jam.  Unfortunately I let it boil a bit past its setting point.  It’s very tasty, but not quite as fluid as I would like.

On Saturday I bought a kilo of Seville oranges from the market.  I last had a go at marmalade a couple of years ago.  I bought 3 kilos in a big bag, and it was far too much.  I only finished the last jar a couple of months ago, and the results were mixed, mostly because I didn’t chop the oranges up finely enough.

This time I chopped the oranges up as finely as I could and here they are bubbling on the stove. 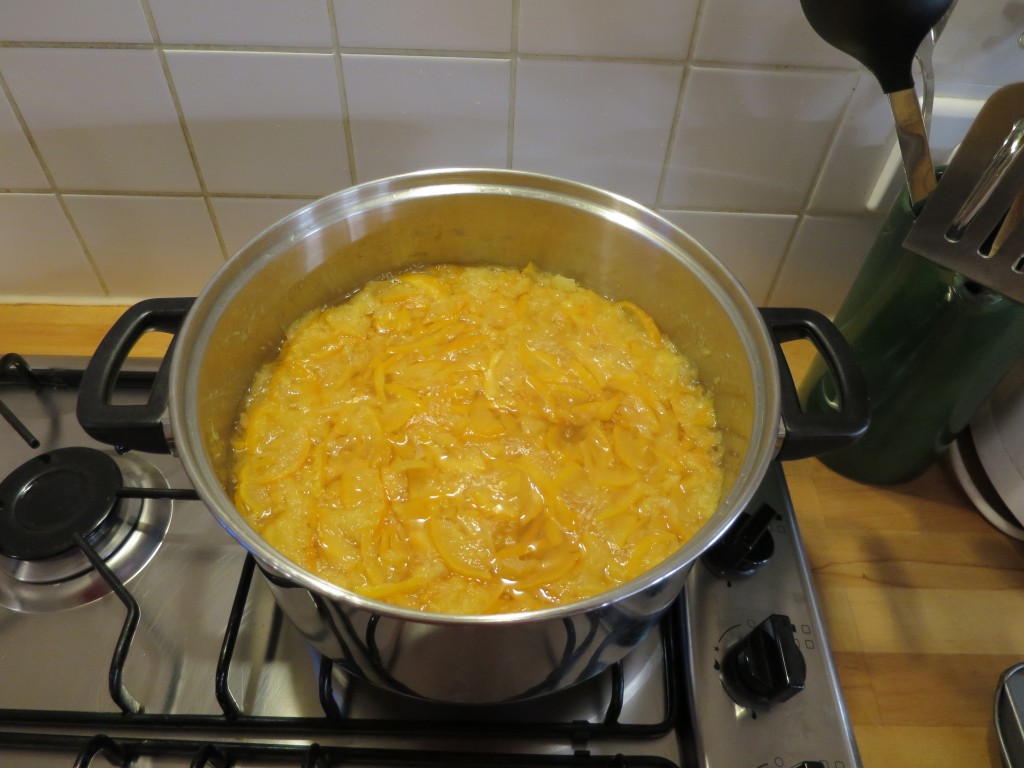 I had the oppostie problem with the marmalade to the gooseberry jam – not wanting it to set solidly, I left it for a little bit less time and it is a tiny bit on the runny side.  I did the test with putting a plate in the freezer and it looked like it had set.  I did think about boiling it all up again, but as it probably only needs a couple of minutes, I thought it would be better not to risk it.  What did surprise me was that it made up 8 jars, so plenty to keep me going.

Have you made marmalade this year?  How do you get on with getting jam to the right setting point?